How Did It All Start?

The Touchdown Club of New Orleans, Inc. was formed in 1967 as an outgrowth of a “near riot altercation” in Giants Stadium after the first game between the Saints and the New York Giants, when a Giants player in the game made a flagrant out of bounds “cheap shot” on a Saints player. Immediately, Steve Stonebreaker, a Saints linebacker, challenged the offending Giant player saying “After the game, you’re mine.”

Steve was fined $1,000.00 by then commissioner Pete Rozelle. A small group of Saints fans attempted to pay Steve’s fine, calling themselves The Enforcers Club, as “Enforcer” had become Steve’s nickname. Very soon the small group became a larger club and is now known and highly respected in all of the NFL as THE TOUCHDOWN CLUB OF NEW ORLEANS, INC.

Today, the club functions as a registered non-profit organization. Profits from our yearly events are returned to the community. Through the years our efforts have yielded donations to various non-profit organizations, including THE RAY HESTER MEMORIAL FOR LEUKEMIA RESEARCH through the Ochsner Clinic Foundation, TEAM GLEASON, as well as a significant education scholarship to the University of New Orleans.

The aims and objectives of the club are “to be the best fan club and social organization that promotes and creates spirit and enthusiasm among friends, family and the community connected to the New Orleans Saints: “Football, Family, Fun.” In order to achieve our goals we promote various functions during the year, but are mostly active during the pro football season.

Our yearly functions include the “SUPERBOIL”, typically held after the draft; THE MEET THE SAINTS LUNCHEON and the AWARDS BANQUET. The Awards Banquet grew out of the Pete Rozelle Award presentation formerly conducted at this luncheon. It was expanded to include collegiate, high school, and media awards, as well as the prestigious Pete Rozelle Award for distinguished contributions at the NFL level.

Dinner meetings are held during the football season every Tuesday before a home game. We are frequently honored by a member of the Saints organization as well as. Media personality at these meetings. Our dinner guests will speak on behalf of the Saints Organization and answer a few questions while enjoying a fine dinner and the company of the best fans in the NFL. 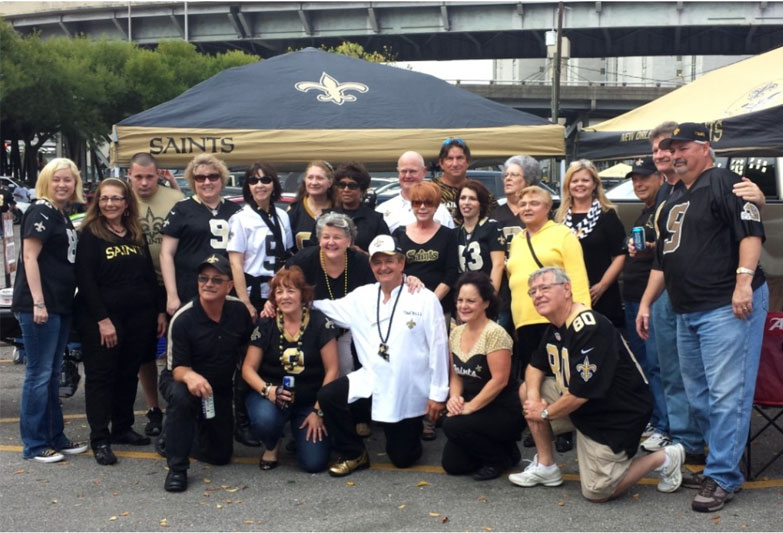 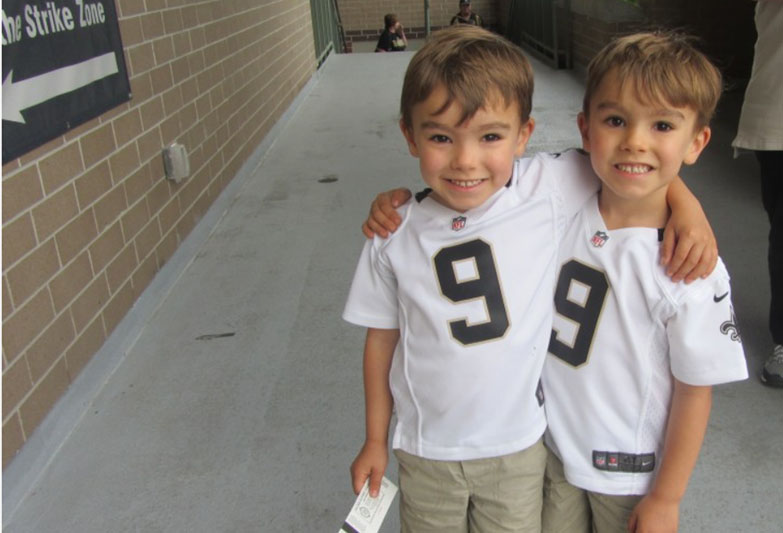 PROVIDE A FOUR YEAR SCHOLORSHIP AT THE UNIVERSITY OF NEW ORLEANS

Ray Hester was a former New Orleans Saints Linebacker who also played at Tulane University and Holy Cross High School. His football career ended when he succumbed to Leukemia. In his honor, The Touchdown Club created the Ray Hester Memorial for Leukemia Research.

MEET THE CLUB’S BOARD